The Six-Key Model is an integrative method of assessment and intervention that can be used to diagnose, assess, and evaluate drama therapy and creative arts therapy work with individuals and groups. The model further provides the therapist with a systematic means for mapping the therapeutic process in order to make effective interventions.

The SIx-Key Model is anchored in the notion of dramatic or creative reality –a paramount therapeutic force in the creative arts therapies. It is a qualitative method, based on the subjective observation by the therapist that helps to navigate complex therapeutic processes by signaling at specific keys where therapeutic interventions would be most efficient.

This course familiarizes participants with the Six-Key Model. It provides professionals in clinical practice as well as students in the fields of drama therapy and creative arts therapies with a basic grasp of the model and a concrete instrument. The course offers a comprehensive introduction to the Six-Key Model, and presents a 3-session case study, illustrating how the Model informs the work of a drama therapist in individual work. 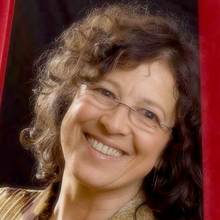 Susana Pendzik (PhD, MA, RDT) Head of the Drama Therapy MA Program at Tel Hai Academic College in Israel, also lectures at the Dramatherapy Institute in Switzerland, the Theatre Studies Department of the Hebrew University of Jerusalem, and is a pioneer of Drama Therapy in Latin America.She conducts workshops worldwide, is one of the founders and an honorary member of the Swiss Dramatherapy Association, a member of the North American Drama Therapy Association (NADTA), the British Association for Dramatherapists (BATDh), and an accredited supervisor by the Israeli Association of Creative and Expressive Therapies (ICET). Susana has a private practice with individuals and groups, is a prolific writer in several languages, co-editor of The Self in Performance: Autobiographical, self-revelatory, and autoethnographic forms of therapeutic theatre (Palgrave McMillan, 2016, forthcoming), of Assessment in drama therapy (Charles C. Thomas, 2012), and author of the Handbook of group work with abused women (AG Spak Bücher, 2nd edition, 1999, in German; Colectivo Feminista de Xalapa, Mexico, 1997, in Spanish), and of numerous articles in academic journals.
Buy $45.00